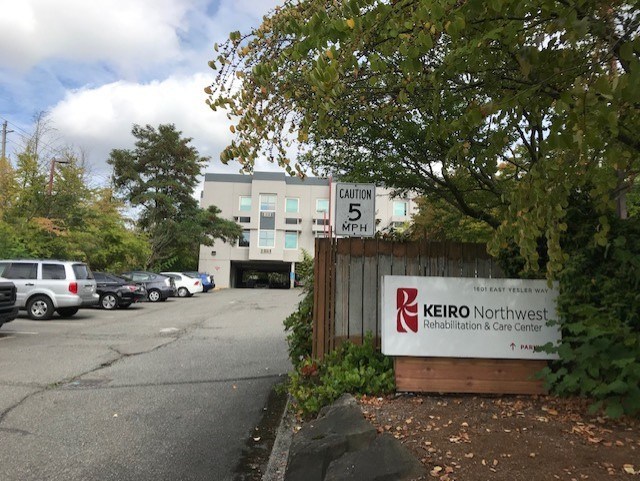 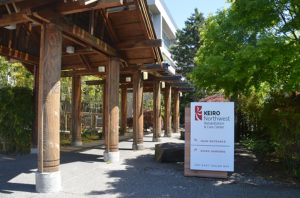 Dear Elected Officials and Stakeholders: I write now to express urgent concern and opposition to the current actions and proposed plans regarding the nursing home formerly known as Keiro Rehabilitation and Care Center (“Keiro Center”). In November of 2019, the Keiro Northwest Board of Directors sold Keiro Center to Bellevue-based real estate developer Shelter Holdings.

Community members deeply opposed this transfer – in part due to its consequences on Keiro Center’s then elderly residents (indeed, the transfer not only displaced hundreds of its residents but reportedly even resulted in the tragic deaths of some residents due to “transition trauma”) – but also because such transfer reflected the all-too-familiar and unrelenting ethnic cleansing of the Central District by for-profit developers.

The Keiro Center site is situated squarely in the Central District on 17th and Yesler – the same Central District that has long sheltered Seattle’s largest Black population alongside Japanese, Jewish, Filipino and Italian communities. I will waste no words here expressing the importance of the Central District as a home and community to a people largely ostracized and restricted from the most critical elements of our country’s social contract.

Similarly, the shameless dismantling of the Central District by predatory developers who stand to profit by: capitalizing on artificially depressed housing prices, decades of economic exclusion, and unequal access to capital, warrants little discussion here. Truly, I can say nothing that Blacks and many scholars have not already written, argued, and screamed across the Country and across time, and assume that the recipients of this letter are well-versed in the many and particular ways that this City has failed the Black community.

Instead, I write to say that the plan that Shelter Holdings put in place for Keiro Center is detrimental to its long time residents, the surrounding community, and to the shared societal principles of equity and fairness. Specifically, the plan is entirely inconsistent with the community-led equitable development principles that many city and county officials have promoted.

Both the long term and short term proposals for use at Keiro Center, including a market rate “mixed-use building with housing, street-level retail and parking on the site,” are wholly divorced from the necessary elder-care services it formerly provided and the equitable development goals of preventing displacement in the Central District. This leaves a dearth of services, and quite literally, a wake of death within an already resource-depleted community.

Lastly, Shelter Holdings prohibited Black-led organizations (who explicitly communicated interest in developing this property) from making use of this Central District site to address the overrepresentation of African Americans in the homeless population with culturally responsive, self-determined community-based solutions. Instead of engaging a white-led organization and thus perpetuating the exploitative behavior of white led non-profit organizations benefiting from the suffering of the Black community due to racist policies and practices.

COVID19 has laid bare once again the glaring implications of hundreds of years of anti-Black racism. That a pandemic would disproportionately negatively impact the Black community is not surprising. This country – it’s laws, it’s policies, it’s practices and customs, the ways in which it arbiters power – has intentionally kept the Black community woefully under-resourced and, during this pandemic, this very predictably manifested in the increased deaths of Black lives.

As elected leaders and city stakeholders, it is now more urgent than ever that you take actions to safeguard and protect a Black community besieged by centuries of racism and now a pandemic. Specifically, I ask that you work with Africatown Community Land Trust to help:

As a matter of justice and equity, we want control over the resources that affect our lives so that we can implement self-determined solutions to the problems we face. This country has denied us this right. I ask that you wield your elected power to provide the Black community this rightful opportunity.