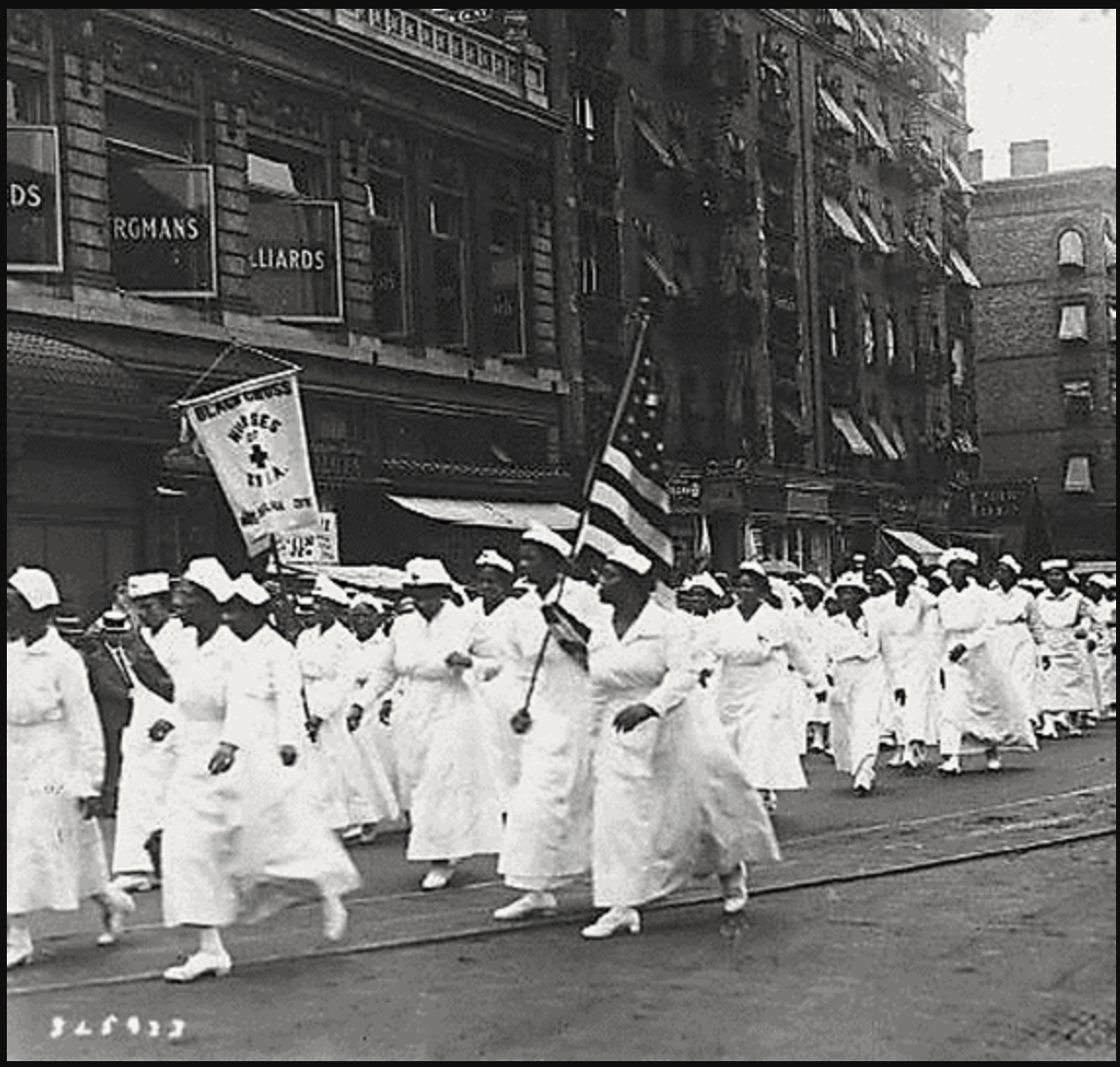 #TBT – 100 years ago Marcus Garvey sparked the Black Cross Nurses in Seattle who cared for us.

The #TBT series is a collaboration between the Black Heritage Society of Washington State and Africatown Seattle to give historical insights and perspectives into Black history and Black contributions in the Seattle area and Washington State as a whole.

There is much to be said and shared about the history of the National Association of Colored Women’s Clubs in this 100th year anniversary of the 19th Amendment and the contributions of black women who advocated locally and nationally for women’s suffrage. As I dig deeper this March, Women’s History Month, to uncover stories of black women who lift as they climb, I can’t help but stop to visit the history of Seattle’s Black Cross Nurses.

The Black Cross Nurses (BCN) were an auxiliary of the Universal Negro Improvement Association (UNIA). The UNIA was founded by Marcus Garvey in 1914 in Kingston, Jamaica and in 1916 the headquarters was established in Harlem, New York. The “Back to Africa” Movement headed west to Seattle in 1919 when Marcus Garvey came to town and created enthusiasm for the movement that garnered nearly 100 members within a few days following his speech before a crowded Madison Street Theater auditorium. The movement was appealing to mostly Seattle working-class blacks who were becoming disgruntled with the NAACP. The wedge between UNIA and the NAACP grew more contentious and heated over the years.

The chapter’s of UNIA organized along lines of gender with men serving as members of the paramilitary legion and the women formed a supportive role as Black Cross nurses. The BCN was modeled after the Red Cross and organized to provide health services, hygiene education, maternal and infant care, and training in proper nutrition to members of the black community. They also provided community service that included youth programs and the distribution of clothing and food to the needy. The BCN functioned as a social reform movement and were viewed as a role model for young women.

BCN addressed discrepancies in healthcare for blacks at a time when there were very few nursing programs that would admit people of African descent into training and medical facility services and care were not equal for black patients. Requirements for BCN meant that UNIA membership be active, members were between 15 and 45 years old and “of Negro blood and African descent”. They took courses ranging from six months to a year to make sure that standardized care was being given. On graduation from the course, each member was required to purchase and wear their official uniform. The formal uniform consisted of a white dress, shoes, stockings and a cap with a black cross encircled by a red background with a green center. Duty-uniforms were a green dress with ivory apron, black shoes and stockings. Green was chosen to represent growth and renewal.

Resource is as told to:

Maudie Warfield and her husband, Samuel followed the teachings of Marcus Garvey. They instilled the value and pride for being black in their children. While the words “black people” was not popular and commonly used at the time, Juanita’s parents told her to never be ashamed to call herself black. She remembers her father saying, “White people are proud to be called white, you should be proud to be called black.”

The family lived in the Hiawatha Place neighborhood in Seattle where Juanita attended Colman Elementary for a short period during early 1920s prior to the family buying a home on Beacon Hill. Juanita recalls how white neighbors resented them as neighbors and she experienced discrimination that was subtle and sometimes not so subtle when she was a student at Van Asselt Elementary. Juanita makes no reference to how the family was able to acquire the home even though most realtors and owners would not sell to black people in Beacon Hill neighborhoods around this time.

*Stephanie’s Comment: My great grandparents had property on south Beacon Hill around the same time. My grandmother went to Van Asselt Elementary and graduated from Cleveland High School in the mid-1920’s. I’ve always wondered how they were able to acquire it. I wish now that I had asked when I had the opportunity.

They attended First African Methodist Episcopal Church (FAME). After leaving Sunday School, Juanita and her brother would walk down the block to the nearby UNIA meeting hall. They often had Sunday dinner there. Juanita remembers her mother taking first aid classes and marching in parades. Both parents were faithful members of UNIA and they attended marching practice on Wednesday’s and choir rehearsal on Friday’s.

In 1924, Marcus Garvey returned to Seattle to address UNIA members at Washington Hall. The entire Seattle UNIA membership met him at King Street Station. Juanita and her family were members of an official greeting committee and she was selected to present Garvey with flowers. Juanita remembers being surprised by his height. She imagined him to be a towering figure but when she presented him with the bouquet, he was barely taller than her.

By 1924 Seattle had a second chapter of UNIA that was a split off from the first chapter that was made up of predominately black businessmen. In May 1927 prominent black citizens and the Seattle NAACP advocated for the first time to block the issuance of a UNIA parade permit. The Seattle UNIA and other chapters nationwide were finding it difficult to sustain themselves through Garvey’s court trials and eventual imprisonment. By the end of 1927 and after Garvey’s deportation to Jamaica, the Seattle chapters dissolved. Juanita’s mother told her there was still money in the Seattle UNIA bank account and that the expectation among members was that it would be distributed between them. Juanita’s parents were never notified of the outcome.

All this reminding us that Seattle was not so far off the beaten path then, nor is it now. How will our stories be told years from now? Will our ancestors be shaking their heads or applauding us for the moves we make, secure and invest in?

“A people without knowledge of their history, origin and

3. Taylor, Quintard, The Forging of a Black Community – Seattle’s Central District from 1870 through the